Took 2 to a nearby fun show today

Warning - this may end up being a LONG post!

I decided somewhat last minute to take a couple of my horses to a local fun show about 45 minutes from home. The weather was forecasted to be great for the weekend so we thought what the heck. I knew I wanted to take my "old" gelding (he's only 12 but old to me because I've had him since he was a yearling). Well for whatever reason, I decided to take our resident "crazy" mare too. She's 18 and has never been anywhere besides the vet and to visit the stud, much less a show. Most mares this age are rather settled and pretty cooperative for the most part. This mare, however, has been known to jump at her own shadow and just in general can be a "bit" of challenge to handle. Well to my surprise, she did AWESOME!

She was calm and much less jumpy than usual. I wished I had entered her in more classes now but I was only brave enough to try Color with her, where she got 2nd out of 6 - not bad! And my old guy blew me away! He seemed to really enjoy himself and stood great for halter. We got 1st out of 3

What really did it though was Liberty. I was worried he'd be tired with it being the very last class of the day but not so! He really hit his suspended trot, tail-flagging, snorting and all. He didn't want to quit! I think we could have placed higher if I had caught him quicker but I was pleased with 3rd out of 12. He's done liberty several times but this was by far his best performance. I'm just so proud of them both!

And it was great to see how many kids were there! My gosh there were tons and a lot of kids new to minis which is really encouraging to see. Overall, an awesome day spent with friends, new and old, and one awesome Dad on Father's Day!

A few pics of my "old" guy (Rowbuck JJ) and mare (Deiles Excellent Adventure) literally brought in off pasture, bathed, clipped somewhat or in Dolly's case scissored because she ain't lettin' a clippers near her! Mom is handling Dolly in the pics....check out the hair on this mare! 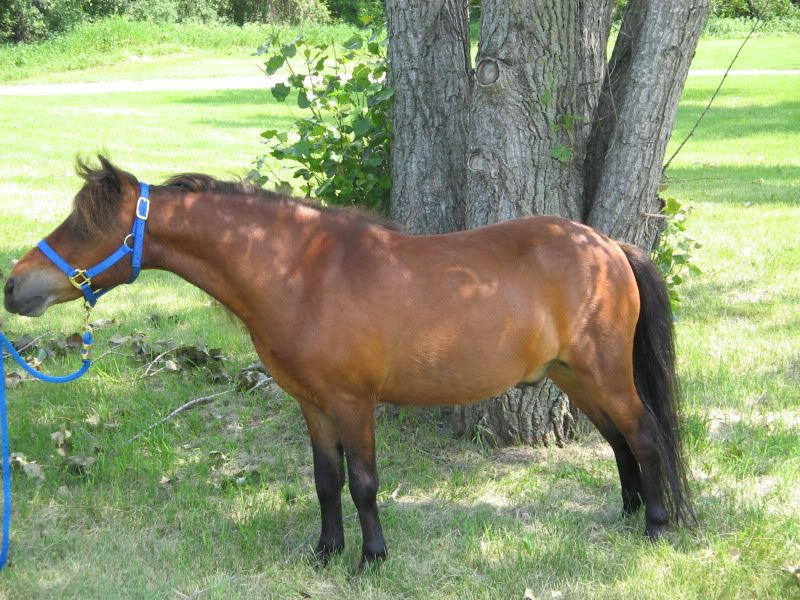 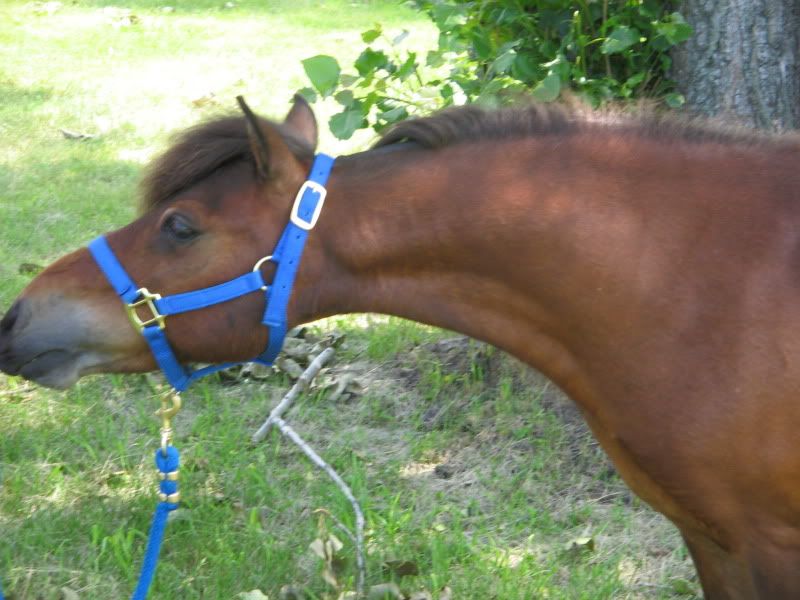 they're both beautiful, but i am in LOVE with that mare. what a beauty

Look at the shine on those horses! Oh my! Congratulations!

WOO HOO!! Many congrats!! Your two are really lovely - what gorgeous coats - but your mare is gorgeous

Congratulations on your wins!

Yes Amanda - a show in ND! Last year was the first year they held this little fun show and they may be having another one in August or September. It would be in Portland so probably not too far of a haul for you. There's also a show this year in Wishek the weekend of July 17th and then of course the Fair show in Minot. I would really recommend the fun shows in Portland. They're great practice for the bigger shows and as the name implies, they're fun! I will be sure to let you know if there's another later this summer.

Great pictures, and they are both very nice! But your mare is just beautiful!!! A mare like that is a treasure, would love to see some of her foals.

WOW What gorgeous mini's!!! Look at that mane!!!

KUDOS to your older girl/gelding and to you.....
O

Thank you for the info Rachel! I will definitely try my best to get there and hopefully meet you! Your mare is just lovely like everyone else has said-I just love her head.

They are both beautiful. It is great that you went and had a fun time also.
S

They are both lookers!!! And kudos to you for just doing it! Glad you had such a great time.
You must log in or register to reply here.

D
Dried up? Bagging up?

Know anything??? Got pictures!?