Show season is here! (If not just around the corner) Let's see yor show string!

Well, I wanted to post this as I always love seeing everyone's show string, so here we go! A topic for sharing our 2012 show string!

Sadly this year I have been told no to showing my Mini's so my show string isn't as fun as your's but here are my two 2012 show-goers!

Very pretty show string you have there

Here are my two this year for AMHR

<p><p>I'm hoping to make it to a show or two this year.. Here's the one I would like to get out at some point:

I honestly dont know who my showstring is going to be LOL! I might end up having different ones for different shows just to see how everyone does.

Here are some that will more than likely be goin to most of the shows--Mostly R shows but hoping to go to some A shows too.

Arions Magnium P I A/R Senior stallion 32" Over halfway to his HOF in WCPD so hoping to finish it! Will show in Driving, Jumping, Liberty

GMR Fooler Fooled Angie A/R senior mare, halter, color, and liberty. She is over halfway to her liberty HOF and hope to maybe start her jumping but want to check with the vet first as she had an injured knee from when we got hit by a storm last summer.

We also have several yearling fillies that we would like to have go to a few shows as well to see how they do, they will have to take turns as we cant show that number of horses in the same class ourselves LOL! Some others might get added or switched later but this is our for now show string

We are also taking the year off from showing minis, but my son is lightly showing his Welsh pony, Lucy:

If I have time her sire Blue Ice Supreme Arrogance will be shown also.

While we are cutting back on the number of shows we are going to this year, our show string seems to have grown...lol We'll be rotating them (2 shows each for most; others will do all 3).

O Henrys Tempest in a Teapot-A/R 26" yearling filly. Halter and liberty if I can catch her lol 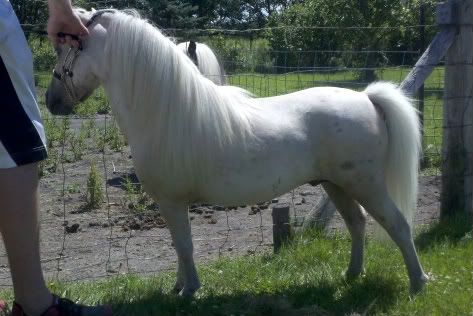 This is my first year showing Tank in AMHR shows (Erica's Tanquery of WF). I got him late last year so we only attended local shows. Can't wait to get him in the ring! Our first show is a week away.

Well we're on the fence about showing this year, due to lack of time and money, but if we show here is our show string

And then I have the chance to show my Welsh cross in a few halter classes and Liberty, "Mountain View's Catch of the Bay" 46" 13 year old gelding.

If We go we will be Bringing

Sr Mare - Halter, Multi Color, Ammy- this is her "before Pic" she needs to lose some weight lol 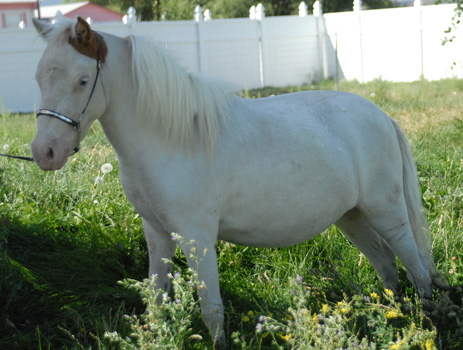 Show Season is over here...

The saga of my little hero.