Setting up for Showmanship & Halter

Location
Richmond... but which one?!?

So I'm trying to prepare for some open shows I learned about recently, and Miss May is coming together so nicely! She's still kind of a pill, but we're working on that. One thing I am wondering about is how I should be setting her up. All of my show experience is Stock type, and I keep debating back and forth with myself on whether I should square her like stock horses, or stretch her out like I see in my searches for mini shows.

Does how I set her up depend on her tack as well? I recently got her an Arab type show halter, and I think it flatters her head nicely, it looks more feminine. Does that mean I need to be setting her up differently?

Along these lines, Showmanship is basically the same regardless of breed right? I really don't know, and I want to do the best we can! ANY tips and pointers are helpful!

Thank you guys for your wealth of knowledge!

Usually people set up square for showmanship and slightly stretch for halter classes. It depends on the conformation of your horse and the class. If you are showing in stock type halter you should be showing closer to square. The point of halter is to show the horse in what accentuates their best conformation assets

Location
Richmond... but which one?!?

I'm sorry, I thought I had already replied! Thank you for your reply Strange (if I may call you that haha). Still new to the little horse world! From what I can tell, the halter classes at these open shows don't have any type attached to them.

Here's a decent pic of my girlie (I have yet to capture a really good on of her set up), I kind of think she looks like a little QH, but I may just be seeing things haha. I think she's a little long, so I fear stretching would make her longer... but she's also a little butt high. I don't really plan on doing extremely well in halter, but I don't think she's bad. Should I still stretch her a touch for halter? How do I go about teaching a stretched set up? I only know how to square haha. 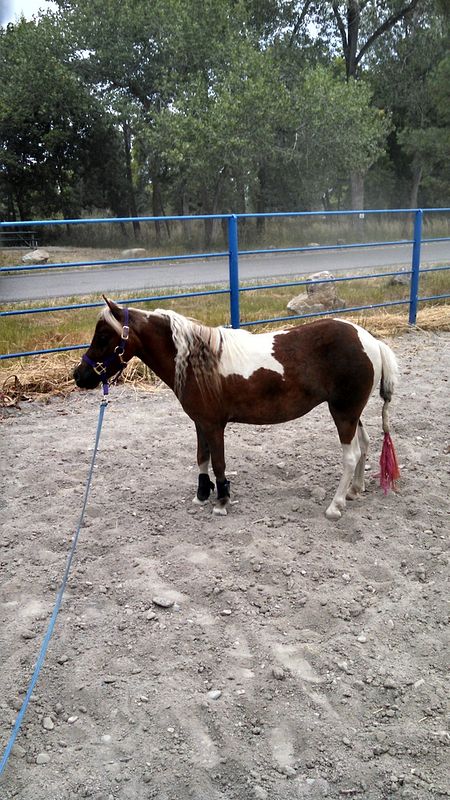 Good to know I can just go about Showmanship like we have been.

For stretching I set the back legs and instead of just squaring the front, I ask them to bring their front feet forward and square them forward. You then try and get them to stretch their neck out. Kind of hard to explain. Look for youtube videos of some halter classes and watch

For open shows - if you know what your judges like to see, cater to them and teach your mare to show both squared and stretched and then switch out your halter to the type of judging that day.

I know that we learned (the hard way) to do this and it eventually made a huge difference. Not only that, but since i usually had ponies for sale, doing them the way a particular judge seemed to favor, garnered us "points" with other trainers (many hit much larger circuits with larger ponies, h/j, Appaloosa, Paint, Arab, Walking & other gaited horse events) AND families "just looking". i'm hoping to haul a trailer load of ponies to the October and November shows - just to hang out. Probably won't even show them (don't think, but don't know yet for sure). They will sure be seen, though, while they walk, jog, trot and ground drive around the show grounds.

Here's some pics of one of our girls who doesn't have the best conformation (bit long in the back, short in the neck, overall, somewhat coarse) and is rather plain/course thru the head as well (very masculine for a mare). BUT she is rock solid and has now taught about 50 kids to ride. She was our first shetland foal and she's 20 this year! 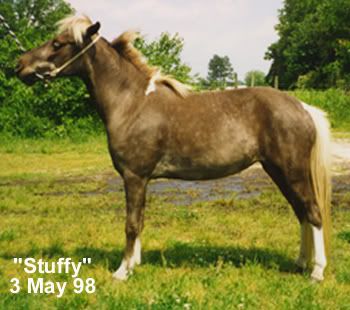 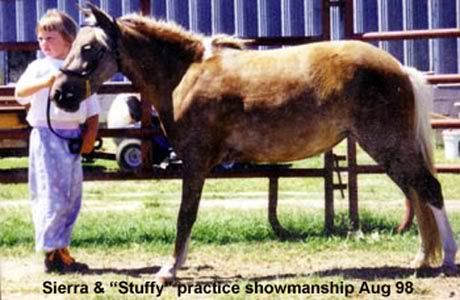 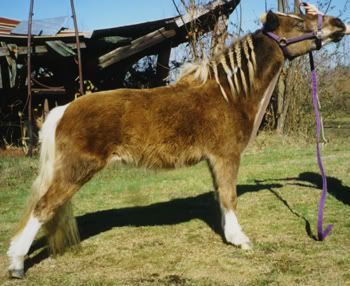 I thought I had some actual square shots of her with a show halter on, but seems I don't... These are the closest.

First Time Halter Showing, What do I need, Weight Manegement and Mane Growth